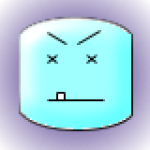 To protect yourself from these attacks, you need to know the modus operandi. Sadly, it must be admitted that these viruses are easy to inoculate: using a video, as happened to Bezos, an e-mail or an instant messaging text that takes advantage of some software security flaws and does not require the victim to read it to accomplish the same task. “There are programs that allow you to copy all the information from your cell phone, a practice is known as ‘twinning,'” says one security expert who requested anonymity. This way, the hacker receives calls and messages that come into the victim’s phone on his or her device regardless of distance. Other programs activate the cell phone if it’s turned off, and turn on the camera or audio to record conversations. Some use the practice known as phishing, which consists of sending e-mails that appear to come from an entity so that the person responds with their password number. It happened to the actress Valentina Lizcano a few years ago when she received an e-mail from Instagram, to which she responded with all her passwords without knowing it was fake. The criminals stole her account in that network.

To be vaccinated, it is no longer enough to not publish photos and revealing content on social networks. But experts continue to recommend using them wisely because people leave a trail there of who they are, their tastes, their friends, the sites they frequent, and multiple details that make it easier for hackers to profile the person. That information, says Azzolini, then serves them to extort or impersonate their victims. The free wifi networks offered by hotels, airports, shopping malls, and shops are particularly insecure because criminals can capture the information as it travels through them. For this reason, Azzolini recommends not using them, as well as not charging your cell phone in one of the USB stations provided by certain hotels. Something similar happens when a person rents a vehicle and synchronizes it with his cell phone. Experts say that thieves can plant a malicious virus in the car to gain access to your accounts and other valuable information. Children are also a danger because hackers often take advantage of two of their characteristics: being distracted and impulsive. As a result, many of them open the door to a hacker by clicking on a link that introduces a malicious virus. Given this, he recommends limiting the places that children can visit and having programs to encrypt data so that, in case of theft, the information is indecipherable.

A new modality is the false audios (deepfakeaudio) that supplant the voice of the victim. There are many cases of businessmen who imitate the sound to cheat their subordinates and get them to authorize a transfer of money or any other order. To avoid this, you should call the person to make sure the order is correct. Azzolini recommends installing on the phone a security program that works as an antivirus and also allows to erase the information with a command (ideal in case of robbery), or that helps to know the identity of the thief when activating the camera and taking a picture. At the same time, he tries to unlock the device. Others suggest updating messaging applications and installing apps such as True Caller to know the true identity of the caller. All this helps to minimize the risk. But “it’s impossible to reduce it to zero. In that case, it’s best to have a cell phone or refrain from using them and go back to the old days, when everything was face-to-face.

Thu May 28 , 2020
Lovers of conspiracy theories are in luck because of course, the situation we have because of the spread of the coronavirus is giving rise to […]